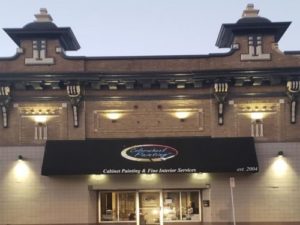 The History of Colorwheel Painting

Milwaukee painting contractor Colorwheel Painting, LLC was founded in 2004 by its sole owner, Michael Madson.  While we try to have a top-tier website and marketing materials, the company is completely unique in its identity, that is, Colorwheel is not part of a larger franchise system or modeled after any painting company Michael knows.

From inception, Colorwheel set out to build a business that eliminated customers’ fears and overcame industry stereotypes. Michael knew that Colorwheel could be positioned and structured with front office staff, sales teams, and dedicated painters capable of bringing consistent results. Calls could be answered, returned, appointments honored, estimates done with detail…. the opposite of these being common industry complaints. He also knew, doing all of this, building all of this, would take time but be well worth it in the end.

In the early years, Michael honed his own skills in painting, estimating, sales, and went through the small business ringer on payroll, taxes, HR, accounting, and countless other new realities.  He learned what he was good at, and what to delegate.  He learned people, personalities, management, and from a competition standpoint he more greatly learned about the Milwaukee Market.   In this time, the company remained very small with just 2-3 painters, and things were good yet Colorwheel had a lot of learning to do!

In the middle years, Colorwheel grew to about 6 full-time painters.  Efforts were made to hire a sales representative and after several failed attempts and up and down years, Michael called Andrew Wilson (a former painter) who he felt would be a great fit.   Andrew was then thoroughly trained and remains a key part of the company to this day.  In the same timeframe, in 2013, Colorwheel purchased a building at 3804 W. Vliet to turn into office and shop space.   Colorwheel is one of the unique and few painting companies in the area to have a brick and mortar location.  Establishing one was a feat, and to make a long story short, it became an exercise in urban revival, with facade grants, neighborhood meetings, and many a persuasive conservation to spur other local investment in order to turn around the area. 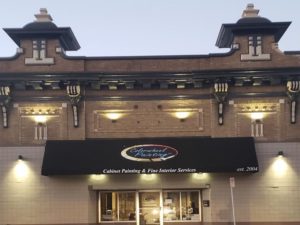 Presently, Colorwheel is still owned exclusively by Michael, with key sales/project consultants being Andrew Wilson, Rylie Stalter, and Jim Simon.  Michael focuses on the careful growth of this fine business, developing its dedicated team, documenting process and systems and continually fine-tuning business practices to give his clients total security and peace of mind.  More importantly, the staff of painters has never been better (see our team page please).  Colorwheel’s core expertise has grown to include expert cabinet painting and refinishing, as well as having a dedicated “interiors only staff” that prides itself on precision, service, and award winning results; while having Jim Simon lead the exterior division.

Colorwheel is happy to work with many of the premier remodeling companies of Milwaukee.  It is a proud member of Milwaukee NARI (with owner Michael Madson sitting on several committees), and we greatly enjoy working with some of the finest interior designers in the area.   Our projects can be small and simple to large and complex, from a bathroom repaint to providing finishes in what becomes a national award-winning remodel. 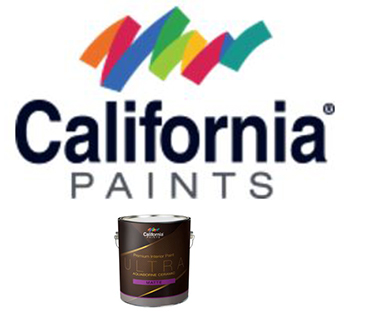